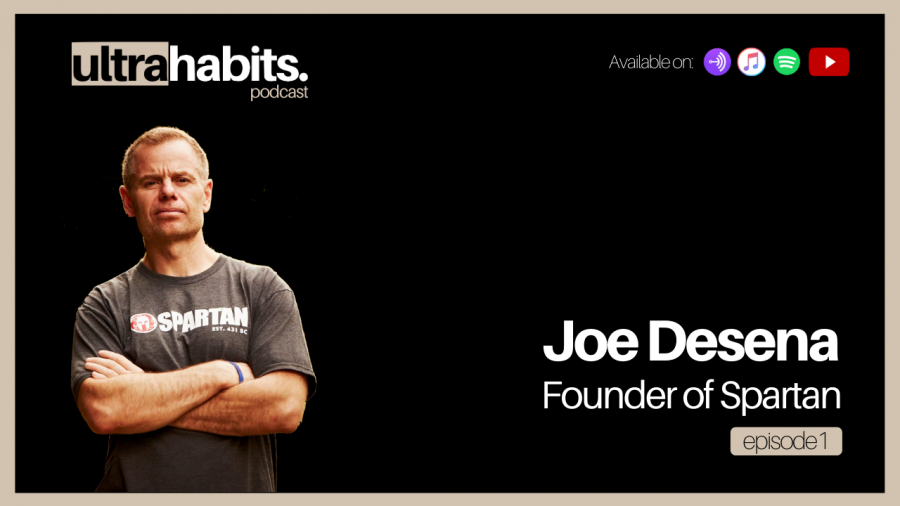 WE kicked off our #ultrahabits show with strength on February 11th, 2021. Our first guest was Joe Desena, founder of the global movement Spartan Race.

We unpacked the story behind the Spartan Prayer, broke down the Spartan ethos and psychology and how it applies to daily living. Joe’s bottom line is that we live in a world of comfort where we have become slow and lazy, given the drive for efficiencies we are slowly losing our innate capabilities and self-reliance.

The key areas that we focused on were the following.

Joe has an incredibly unique style which has been crafted by growing up in Queens NY, literally being influenced by the neighbourhood mafioso, through to his mother’s influence of Yogic practices and decision to uproot the family and move them to upstate New York. Joe went onto to fight tooth-and-nail to get into Cornell University where he eventually graduated with a degree in textiles.

Joe created his wealth in the world of finance and it’s during this time that he discovered adventure racing, this period formed the beginning of what would eventually birth the Spartan movement. Joe and his wife eventually sold out and moved onto a farm in Vermont, this where he started simple yet gruelling races on his land which went onto become the biggest global phenomena in obstacle racing. Spartan has recently acquired Tough Mudder and have officially moved into the world of trail running with their world championships.

Tune into the show where we get a taste of the Spartan mindset, apply what you will and as always enjoy the path towards #ultra performance!