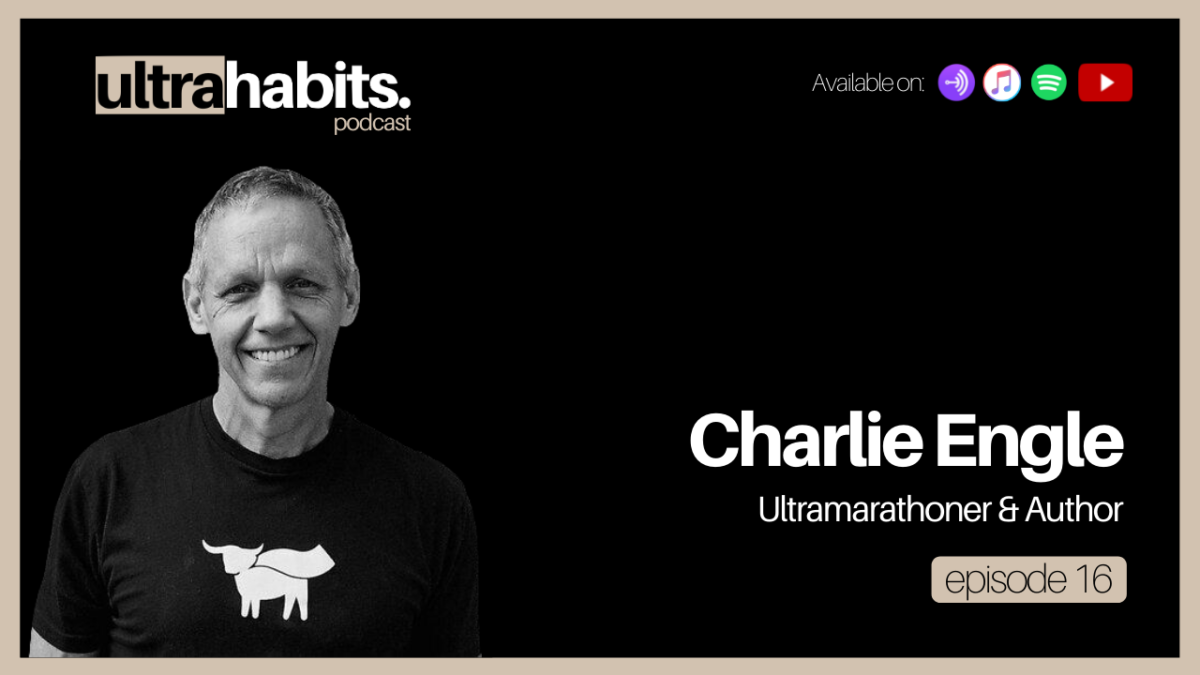 Sitting by the curb in some random suburb of Wichita, Kansas he watched as cops searched through his bullet hole-ridden rental vehicle, he hadn’t eaten for days, he was an absolute mess and was certainly on his way to jail after another run of alcohol and crack cocaine culminated in its likely crescendo.

As the police pulled the crack pipe from out of his truck, a thought popped into his head, “So that’s where the damn thing was!”

Charlie Engle is a man with an amazing story, it’s inspirational, but for Charlie, his rise from an alcoholic junkie to one of the most prolific ultrarunners and adventure racers of our times was not intended to inspire, just like in his addiction, he had a desire to push himself to the edge, ever looking for that limit of capability and consciousness, in the pursuit of what was initially self- orientated goals he has come to inspire a countless number of people looking to push themselves beyond their perceived limitations.

I came across his book, Running Man through a recommendation on the Rich Roll Podcast and picked up his book and instantly connected with his addiction story. It’s a wild story that offers much more than just someone getting shitfaced. As a young man, he was a pretty good runner and made his way to the University of North Carolina where his alcoholism took him out fast, Charlie was to struggle for years with alcoholism and drug addiction, however, running did remain a mechanism he would use consistently to work off the hangovers or to replace his need for endorphins whenever he attempted to stay clean and sober.

After his rock bottom in Wichita, he decides to get his act together and running becomes the backbone of his recovery in addition to the Twelve Steps and from here Charlie embarks on a life of adventure races and ultramarathons in some of the most inhospitable places on the planet which culminates in a 4500-mile run across the Sahara Desert in a consecutive 111 days with two others. With the support of Matt Damon, they film it, and on the back of it create what is one of the biggest charities in the world supporting water development and initiatives for some of the poorest countries in the world.

This is a polarizing tale, folks. One of how the same life is capable of so much destruction and lows and conversely high performance and limitation shattering!