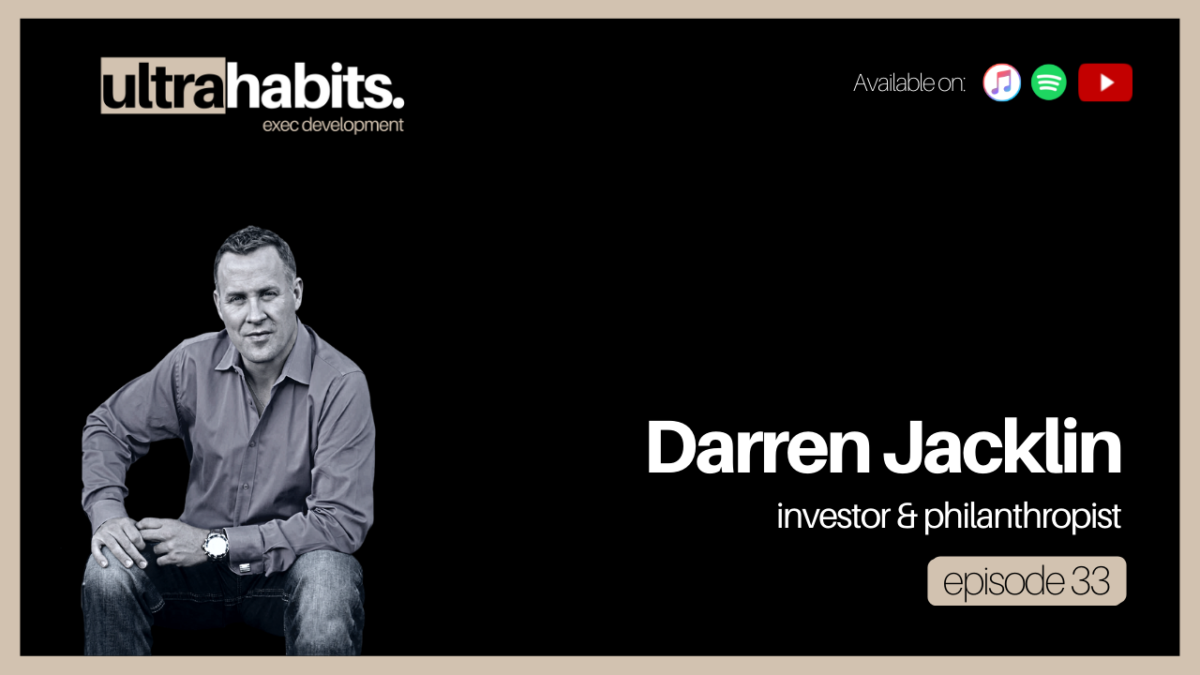 For over 23 years, Darren Jacklin has travelled 4 continents and personally trained and developed over 1 million people in over 48 countries.

He has mentored entrepreneurs and business owners on specific and measurable strategies. These strategies have then been implemented into businesses to increase income, transform obstacles into cash flow and turn passion into profits. Darren has an uncanny ability to increase wealth and success by uncovering hidden assets, overlooked opportunities and undervalued possibilities.

Darren Jacklin grew up in Swift Current, Saskatchewan, Canada. At the formative age of one, his four-year-old sister died from complications due to open-heart surgery.

This greatly impacted his family. From an early age, Darren had difficulty reading and writing and was diagnosed with attention deficit hyperactivity disorder. This resulted in him being put on Ritalin. He then failed and repeated grade one. Darren was then enrolled in a special education class for the rest of his educational years.

Throughout public school, Darren had difficulty focusing on school and making friends. His parents were told that he would not amount to much in life. At the age of seven, he started a business called “Rent a Kid”. His business included shovelling snow off sidewalks, mowing lawns and delivering the Regina Leader Post six days a week. His need for external approval and validation were his driving force.

In school, Darren felt awkward and invisible. In grade eleven, after his parents’ divorce, a high school teacher and guidance counsellor sat him down one afternoon. He was told that based on his academic achievement, he probably would not go very far in life, or amount to much. Not only did this further damage his self-confidence, but it also triggered a relentless drive to prove everyone wrong. For years following that conversation, Darren did whatever he could to be liked, loved, accepted, and understood.

Following High School, he tried multiple suicide attempts, including driving his car at 140-km / 85-mph into a telephone pole. Darren was also a passenger in a car that went out of control on an icy hill and rolled over a forty-foot embankment. He was ejected through the windshield of the car. That day, Darren nearly lost his life. It then took him months to learn how to walk again.

In his early twenties, he received a settlement from this car accident. Combining this with his income from his “Rent a Kid” business and a few other business ventures throughout his adolescence, Darren unwittingly signed for loans and lines of credit with unscrupulous investors. Lawyers and collection agencies were now harassing him. His car was repossessed, bank accounts were frozen, water and electricity were disconnected, and he was evicted from his apartment. Within four months he was broke and homeless.

Hitting rock bottom, he was forced to collect welfare, living on the streets and sleeping in an apple orchard.

These early challenges set the scene for a remarkable transformation and that’s what we are discussing on this show!

Here’s what to expect in the episode:

✅  9:50 – The fundamental steps Darren took after multiple suicide attempts
✅  33:05 – This #1 mistake Darren made with goal-setting can save years of your life
✅  51:57 – The two most important questions everyone needs to ask themselves for living a fulfilling life

← Lived Resilience from a US Marine and Management Consultant - Jeff Harris | episode 32 recap What happens when you get to the “top”? - Carter McNabb | episode 34 recap →