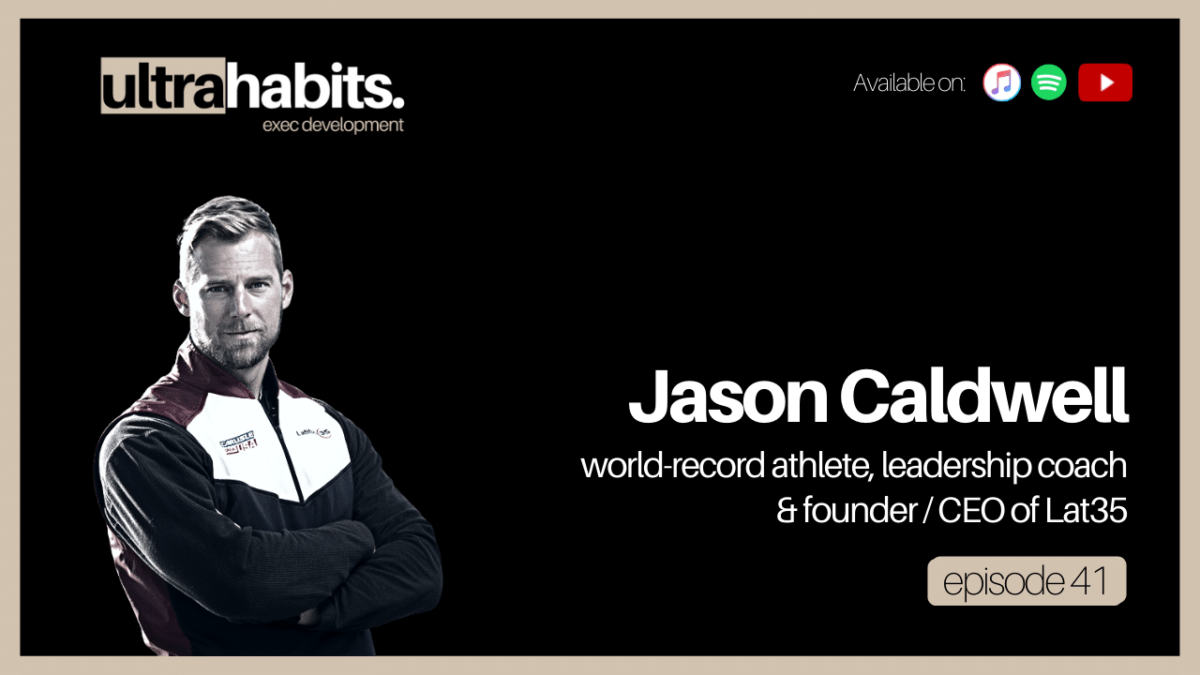 “Adventure athletes live their lives between the goalposts of zero and one-hundred per cent. Nothing is ever impossible, and nothing is ever certain.”

Welcome to season 3 this week’s guest on the Ultrahabits Podcast.

Jason Caldwell is a world-class athlete, a leadership and high-performance coach, and a keynote speaker. For the past nine years, Jason has used the lessons learned from the sports arena to teach what it takes to be a leader in a competitive business environment.

As an endurance and adventure athlete, Jason has accumulated world records from the oceans to the Namib Desert. Upon graduating college, he was invited to row for Vesper Boat Club’s elite rowing team in Philadelphia where he won two gold medals, one silver, and one bronze at the National Championships over a three-year period. In 2015 Jason went on to captain and represent the United States in a rowing race 3,000 miles across the Atlantic Ocean known as the Talisker Whiskey Atlantic Challenge (TWAC).

Despite a dramatic and treacherous 51-day row, including the emergency evacuation of two of his team members, Jason led his remaining crew to the finish line in Antigua resulting in the American Record for the fastest US four to ever cross the Atlantic. One year later, unsatisfied with an 11th place finish, Jason recruited a new team to re-enter the race. On January 19th of 2017, Jason and his crew crossed the finish line once again, not only winning the race but breaking the World Record as the fastest team to ever row across the Atlantic Ocean.

Today, Jason is the President and Owner of Latitude 35 Leadership, which uses experiential training to explore the finer art of leading and maintaining high-performance teams. He has worked with advanced managers in over 30 Fortune 500 companies and has taught at some of the top business schools in the country including Wharton, Darden, Emory, Columbia School of Business, and the Thayer Leadership Development Group at West Point Academy.

Notable moments in this episode: