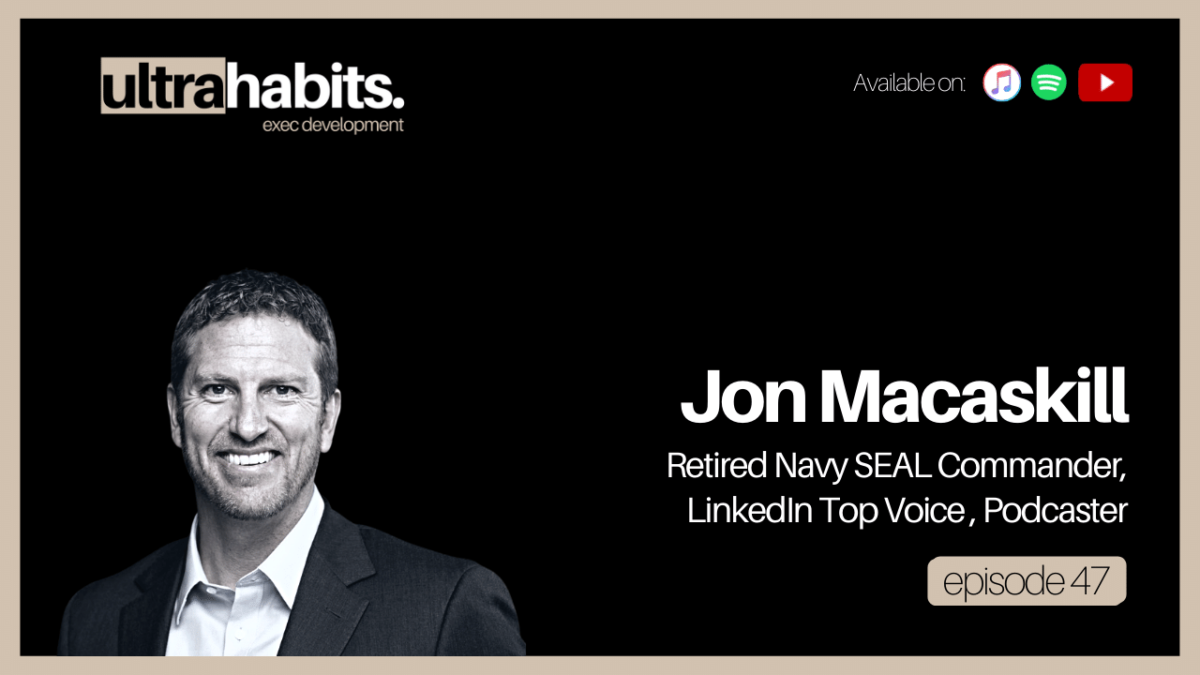 When we think of a mindfulness or meditation practitioner, we may often think of a monk remote in the wilderness or perhaps the modern-day hippie sitting in an ashram, but rarely do we picture a US Navy Seal commander.

This brings us to our next guest… Jon Macaskill.

Jon is a retired Navy SEAL Commander turned consultant and mindfulness and meditation teacher. He was born in South Africa but grew up in Ruston, Louisiana.

When Jon first was introduced to mindfulness, he’ll be the first to say that he was a bit hesitant. However, after his therapist showed him the scientific studies behind the benefits of mindfulness and meditation practice, he was convinced it was worth a shot.

After a very short period of practising, he noticed changes in his mood, how he communicated with others, and how he experienced life. One major difference he noticed was in the way he approached his nighttime feedings with his infant daughter, he was much more patient and stable and really started to enjoy those moments. It was this experience that showed him the true value of meditation and mindfulness.

He now runs a podcast called Men Talking Mindfulness; does keynote speaking engagements on developing leadership, grit, and resilience; and owns his own consulting company, Macaskill Consulting, LLC. In all three roles, his desire is to improve cultures and individuals through mindfulness, meditation, vulnerability, and compassion.

After graduating high school, he served briefly as an enlisted sailor in the US Navy before receiving an appointment to the US Naval Academy and graduating from there with a BS in mathematics 4 years later.

Jon served in Iraq, Afghanistan, off the coast of Somalia, and in Panama. After retiring, he served briefly as the Deputy Executive Director for the veteran nonprofit, Veteran’s PATH.

Notable moments in this episode: