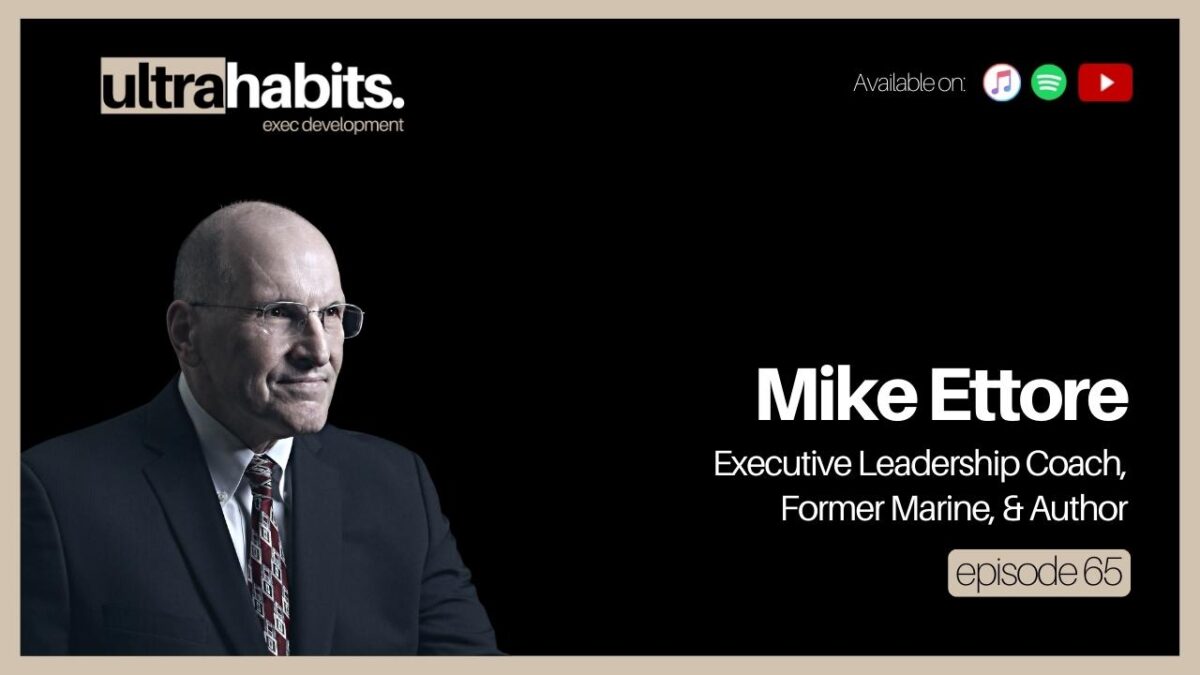 What lessons are to be learned from Devil Dog leadership?

Mike Ettore enlisted in the U.S. Marine Corps in 1974. After completing boot camp and follow-on training, Mike was assigned duties in Infantry and associated units, where he quickly demonstrated an aptitude for leadership and was promoted meritoriously (ahead of his peer group) on several occasions, which enabled him to be assigned to roles of greater scope and responsibility. In 1976, he volunteered for service as a Drill Instructor and upon successfully completing the rigorous training associated with this duty, Mike became the youngest Drill Instructor in the Marine Corps at the age of 20. He excelled in this role and helped lead and train several recruit platoons during this assignment.

As an infantry officer, Mike served as a unit commander during several combat operations and developed a reputation as a decisive and highly-effective combat leader. He received numerous awards and decorations during his career, including the Bronze Star Medal for Valor (with Gold Star denoting 2nd award) and the Combat Action Ribbon (with two Gold Stars denoting 2nd and 3rd awards).

Mike was also the 1992 recipient of the Leftwich Trophy, which is awarded annually to recognize one Marine Corps Captain who “… best exemplifies outstanding leadership within the Ground Combat Arms community… is recognized by his seniors, contemporaries, and subordinates, as the officer who most exemplifies outstanding leadership… demonstrates the ideals of courage, resourcefulness, perseverance, and concern for the well-being of our Corps and his enlisted Marines… made an outstanding contribution to the development of esprit de corps and loyalty within the unit in which he serves and through personal example, set the standards that all other officers seek to emulate.”

In 1998, after more than two decades of honourable service, Mike retired from the Marine Corps and embarked upon a career in corporate which ultimately saw him rise to CIO with absolutely no IT experience. Mike is the author of four books and holds a BA and MBA.

What you’ll find in this episode: