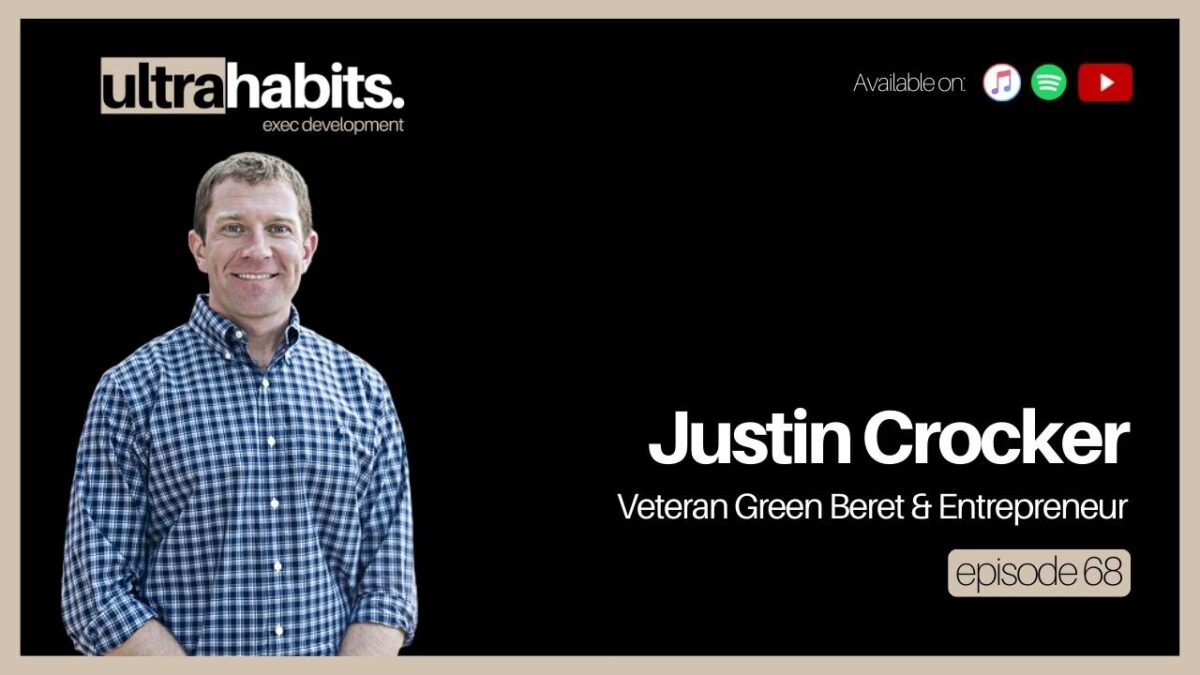 This week we have Justin Crocker on the show to talk about his time as Green Beret and his evolution to Director of Counterterrorism after graduating from Yale with a post-graduate degree.

The focus is on his learnings and development that occurred through exposure to the elite in the military and academic realm. He has continued with his pivots as he is now focused on the entrepreneurial journey with his wife as they “kick “off their woman-only kickboxing gyms.

Justin decided to focus on prioritising family, and in doing so has created a family-orientated mission, we dive into this journey too and his thought process behind why he felt it was the necessary thing to do.

Justin was born and raised in a military family in the East Bay Area of California. After graduating high school in 1998 Justin joined the U.S. Army as an Airborne Infantryman.

In 2001 Justin left the Army to attend The Ohio State University where he earned his B.A. in 2005 and was commissioned as an Infantry Officer in the U.S. Army. Justin served once again in the U.S. Army from 2005 until June 2022. During his career, Justin attended various military schools including the U.S. Army Ranger School, the Special Forces Qualification Course (colloquially known as the Green Berets), Jumpmaster School and the U.S. Army Survival, Evasion, Resistance and Escape School (also known as SERE School).

Justin retired from the U.S. Army in June 2022 after more than 20 years of combined service. He is married to his beautiful wife Adrian and they both share two amazing kids (Travis, 6 and Victoria, 7). Justin and his family recently moved to Carmel, Indiana.

It was a pleasure interviewing Justin, a true gentleman, we are sure that you will get much out of his story and the lessons imparted.

What you’ll find in this episode: