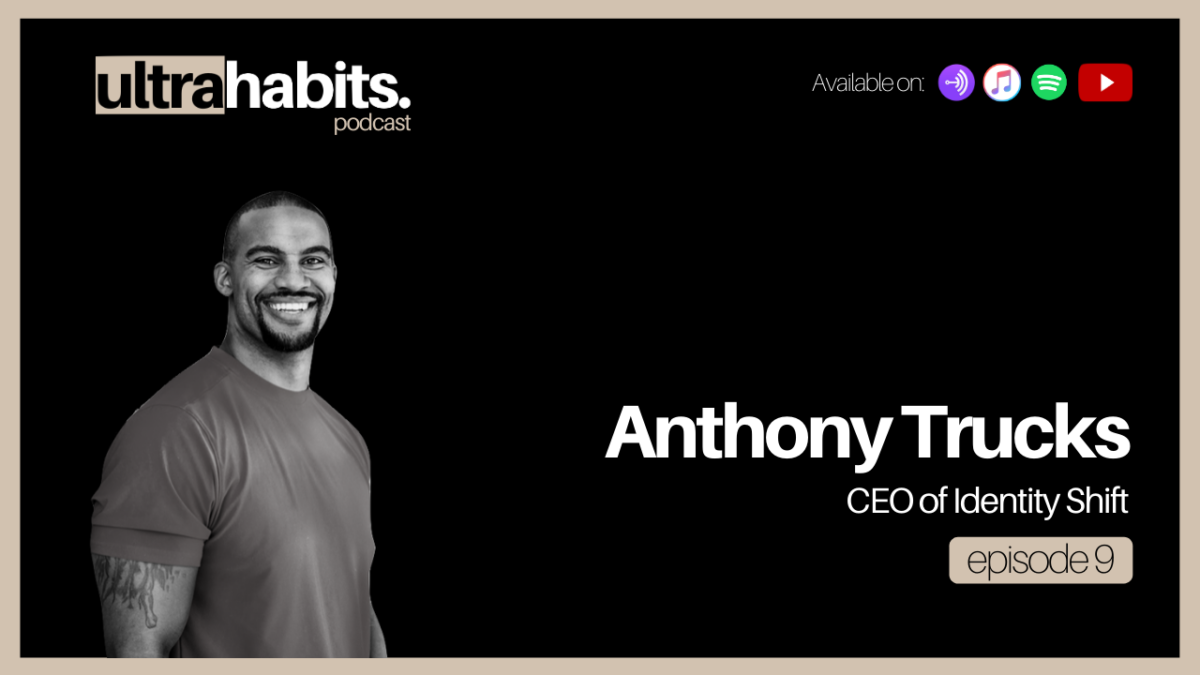 EP9 Recap | Anthony Trucks: Your failure or your success Is determined by your identity

Born into dysfunction, Anthony made his way into the foster care system at a very early age in the East Bay of Northern California. He set a path of becoming another statistic when he had a moment of clarity in a classroom one day, the event created a momentary pause, he saw his life and trajectory for what it was and at that moment he made a decision to change course.

Anthony was ultimately adopted by a white family which created a very interesting upbringing as a young African American kid, this has no doubt contributed to his dynamic view and insight into the power of identity which is his area of speciality. After Anthony had made that decision to change his trajectory as a young man, he literally willed himself to get good at football, a sport which he claimed he outright sucked in. Anthony went on to make the NFL but after a career-ending injury, it set him on a slippery slope which ultimately broke him financially and personally.  Little did he know that this was to become the next phase of his story.

Anthony ultimately rebuilt his life and started to unpack the power of identity, and more importantly the importance of being agile and capable of shifting to one that is more powerful or healthier than the one that wasn’t serving him. Lucky for the people that he has coached and the people he has yet to impact he put all of his learnings into a powerful framework.  Anthony’s theory is that you shift the identity and supporting infrastructure in our lives will follow.

In this episode, we cover miles of information but the key theme is identity, how we have all integrated our way of living life to align with the way that we see ourselves, our identity… so shift the identity, we change our outcomes!

← EP8 Recap | Dr. Rebecca Heiss: How our instincts hold us back from being our best self EP10 Recap | Mark Kluwer: Finding connection within ourselves →